Posted on November 9, 2015 by markmorrisdp

Shooting a recent web video edition of “Ford – Tough Science” was a pretty hair-raising spectacle.  Those are seven full-size Ford pickups hanging from a 2017 F-150 chassis frame.  Before we were finished, two more were added for a total of 60,000 lbs. 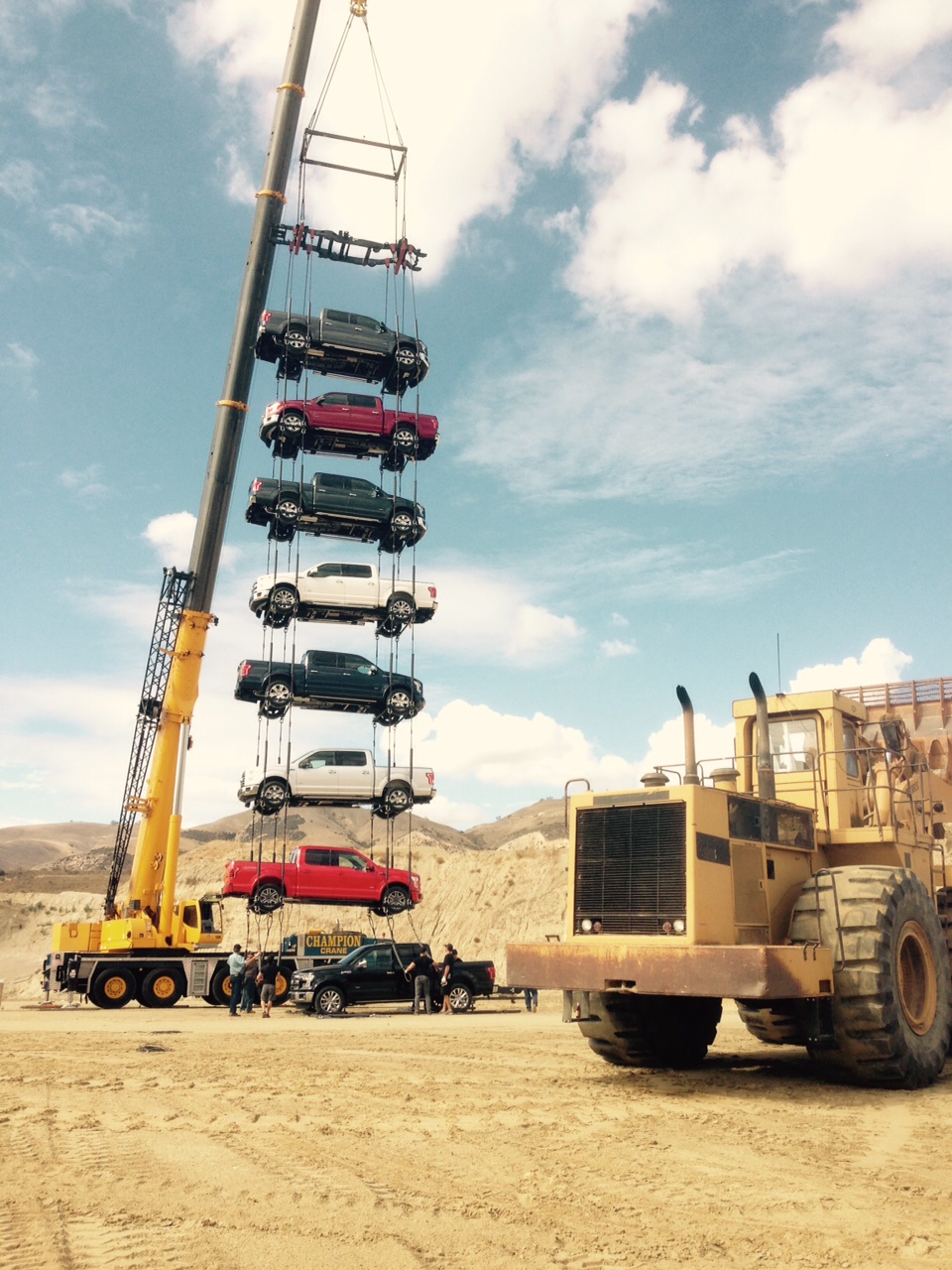 Production manager Ron Contreras pulled together an amazing crew from my buddies at Base Productions. We had four primary cameras, Sony FS700’s and of course a mess of Go-Pros along with a drone and a Ronin stabilizer and a 20′ jib. With eleven cameras rolling, the main concern was figuring out placement so they wouldn’t be shooting each other.  Then there was the BTS crew and a corporate production shooting with an Red Epic also.   Frame rates ranged from 1FPS to 240fps 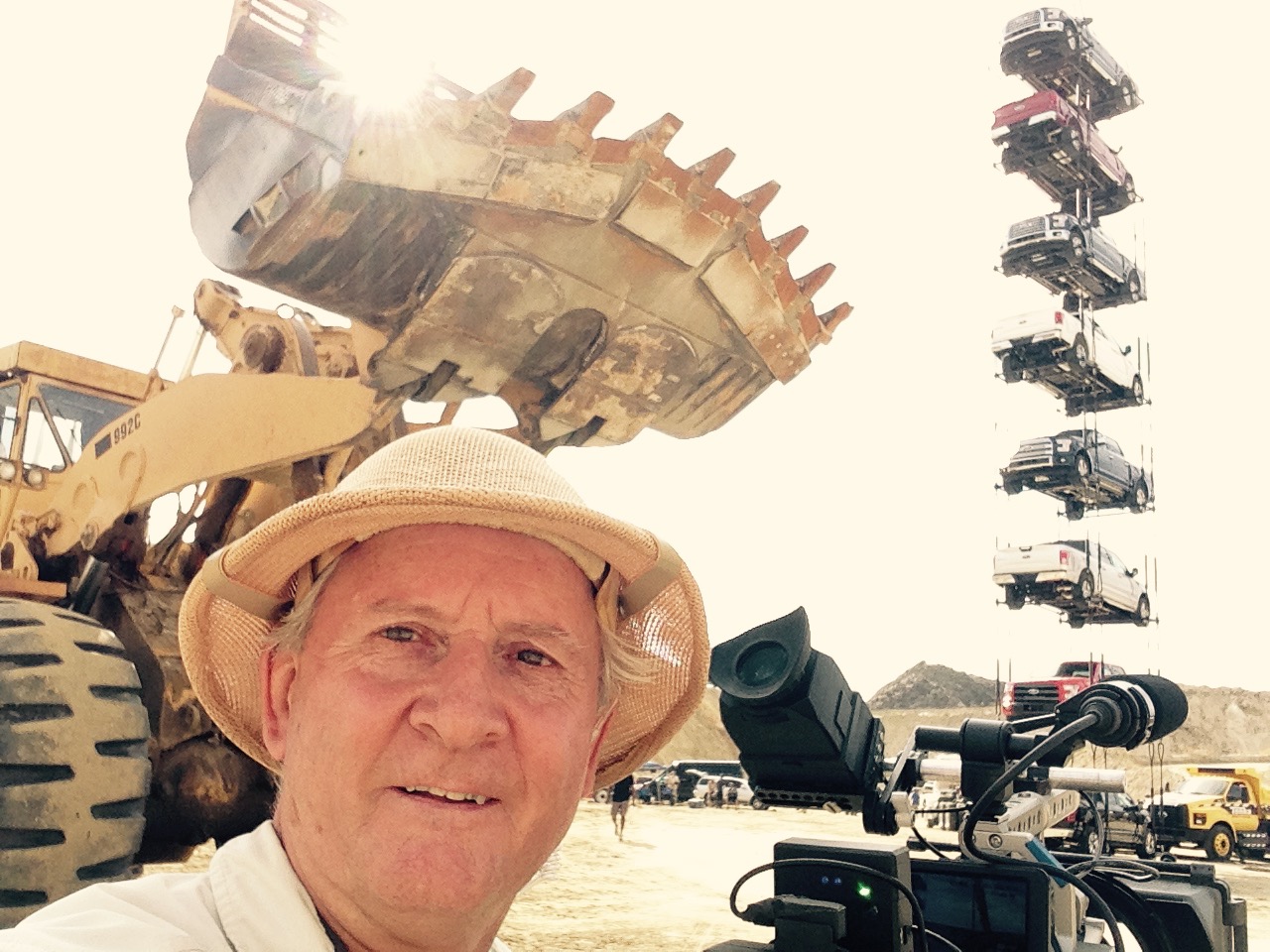