Once I Shot A Fish THIIIS BIG 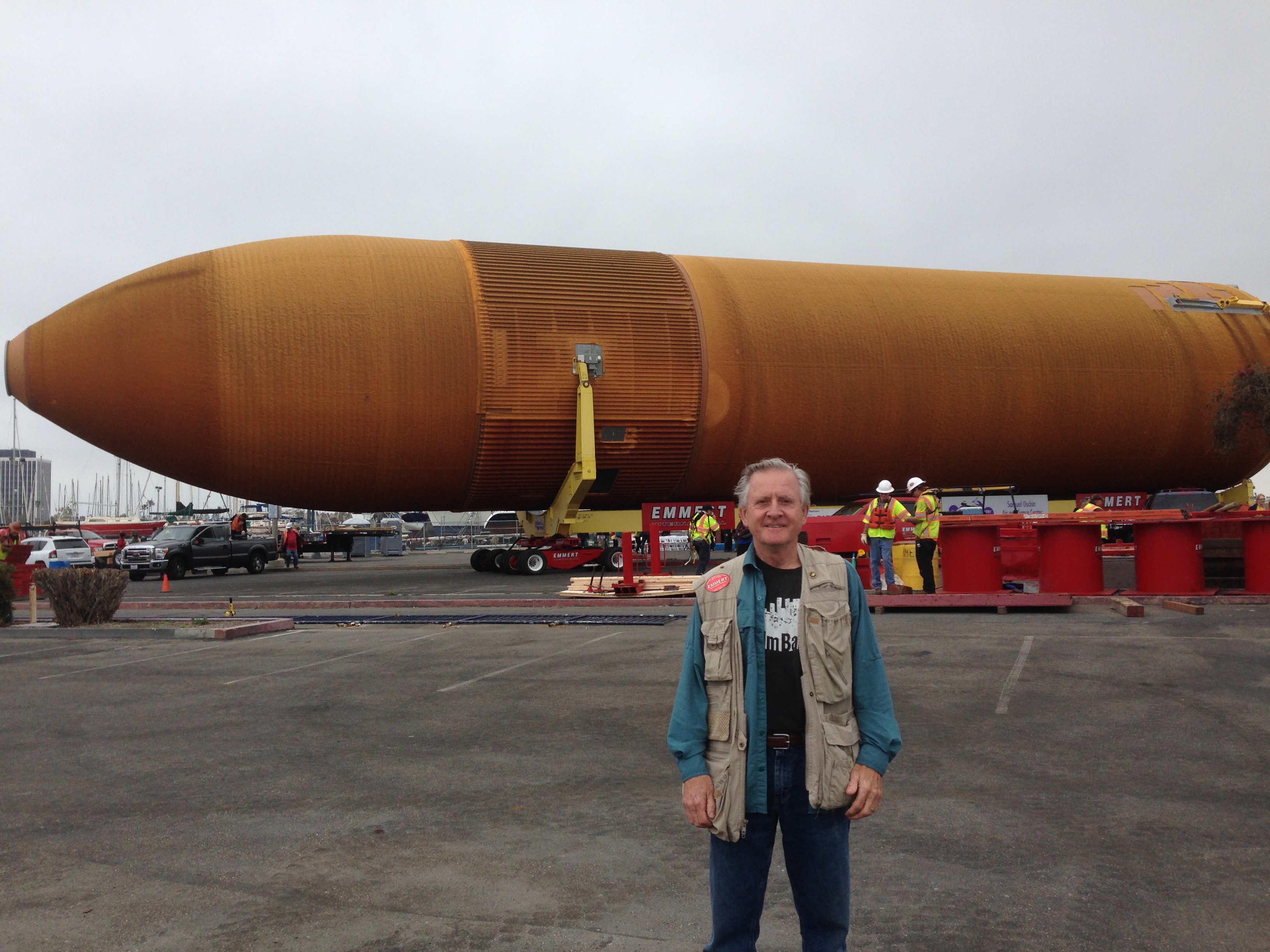 At 6am on May 18, 2016 dawn was breaking and it was just light enough to see a huge silhouette looming over the flat ocean horizon.

Right on schedule the last Space Shuttle fuel tank in existence, known as ET-94, chugged into Marina Del Rey behind a massive ocean-going tugboat. It was tired from its 4000 mile journey from New Orleans through the Panama Canal. Once it touched land, it only had 16 more miles to go to reach its final destination – the California Science Center in Exposition Park in downtown L.A.

I was part of the official film crew to document the tricky logistics of getting the 66,000 pound monster off the barge and on to land without mishap. The process involved dozens of experts, a semi-truck of heavy equipment and an all-powerful tow truck; and it was painstakingly slow and methodical. 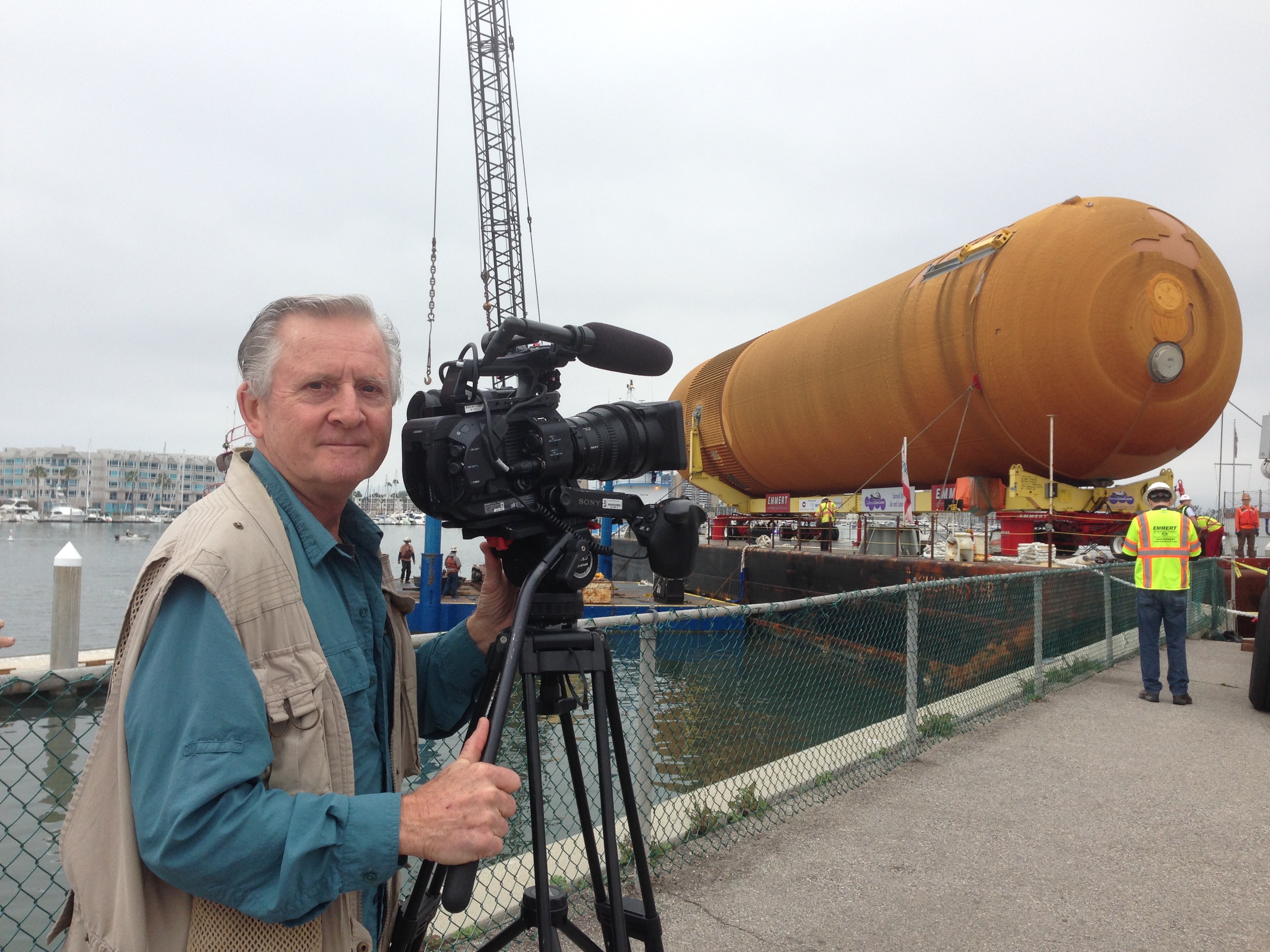 That day time-lapse was our friend!

Camera equipment to record this historic event was donated by Sony and by my friends at Stray Angel Productions.

You know, when I look back at this event the marina setting was perfect.  The whole massive operation was a lot like a fisherman landing a big game fish.  And as the camera operator I felt like a fisherman on WICKED TUNA who has to act fast and hard to bring in his fish.  “How can that be compared to this slow moving fish” you ask?  My challenge was to work at the other extreme.  I had to anticipate the movement and the speed of the tank to frame time-lapse shots and speed up the action that was so slow you could hardly see it happening. This meant choosing the right frame rate, the right frame width and height so the tank wouldn’t leave frame.

A fisherman has to use split-second reactions in time with his fish.  I had to anticipate what my fish was going to do an hour beforehand.  I had to frame up my fish an hour before it reached its spot!

When it finally came to rest, Mayor Garcetti and several councilmen welcomed ET-94 to its new home in LA in front of the massed press corps, and everyone was happy.  Now there is a permanent record of its journey that will be part of the exhibit at the California Science Center for the future. 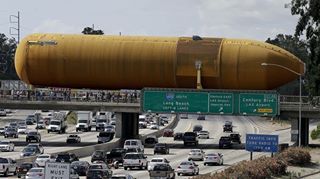