Recently I shot parts of a documentary in Atlanta at the Swan Mansion on the grounds of the Atlanta History Center that serves as the location for the “Governor’s Mansion” in the HUNGER GAMES movies. 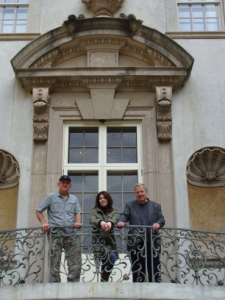 Me, the PR director of the Atlanta History Museum and producer Ross Hawkins. 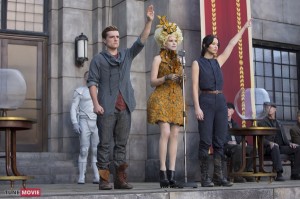 Scene from “Hunger Games: Catching Fire” shot at the Swan House in Atlanta. Extensive set decoration changes the appearance from the original structure.

The documentary chronicles the colorful life of an unusual photographer, Fred Parrish, who was David O. Selznick’s still photographer on Gone With The Wind.  We spent several days shooting historic sites that were connected with Gone With The Wind, including author Margaret Mitchell’s house, where she wrote the epic best-seller. 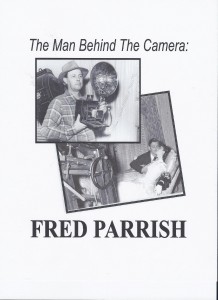 Fred Parrish, The Man Behind the Camera will be a one-hour doc that will feature never- before-seen production stills of the making of the movie that some critics have dubbed the greatest of all time.