Live TV Can Be A Welcome Change From Reality(tv)

It’s not often the I am called upon to operate camera for a two day multiple-cam shoot. Usually I go solo.   But a recent gig involved not only three cameras, but two teleprompters, two hosts and two on-camera guests. Not only that, it was for a live broadcast on Bloomberg TV.  An on-site satellite broadcast studio was put together in the 33rd floor offices of the Bloomberg L.A. Bureau in Century City. 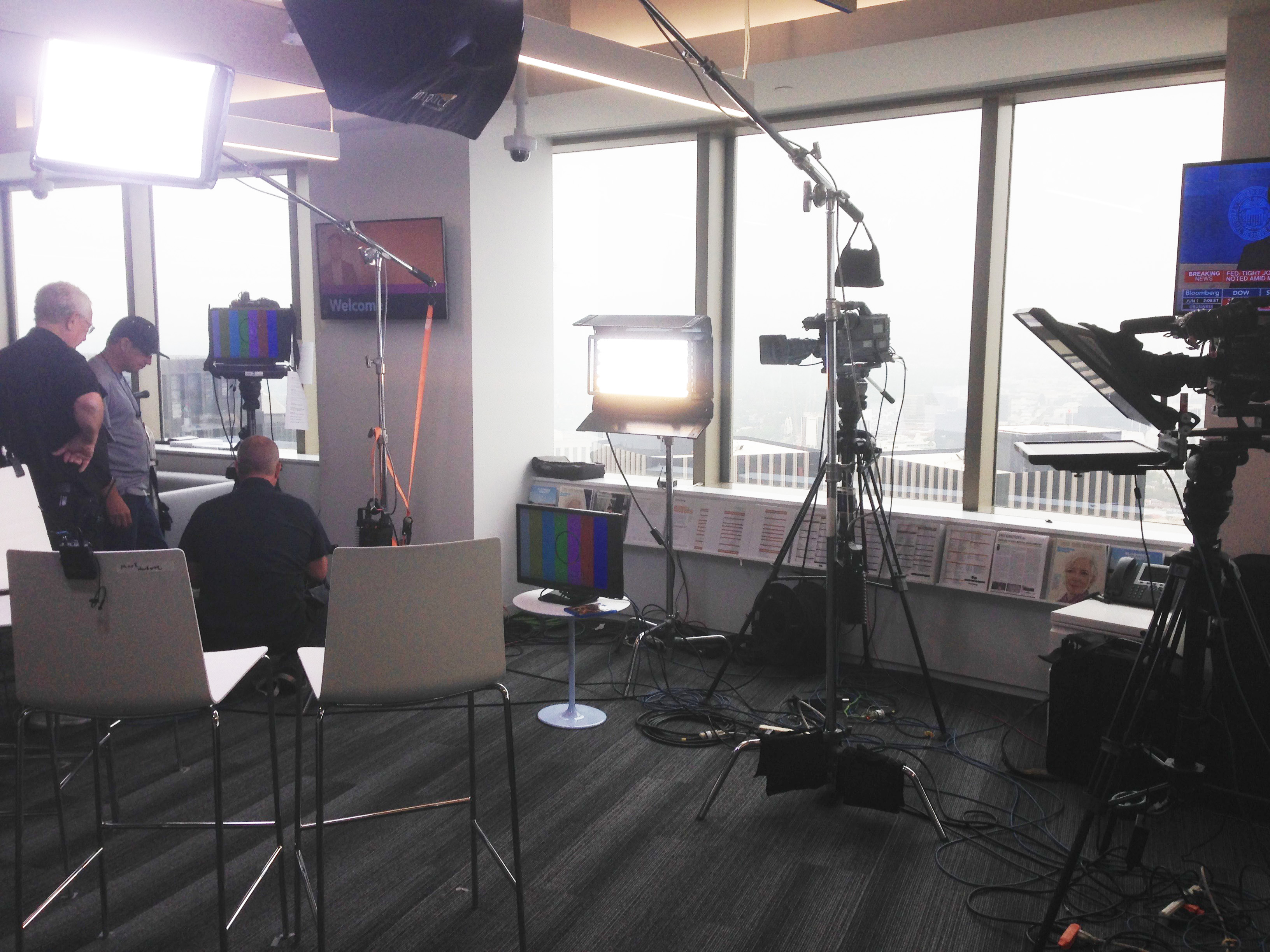 When its a live national broadcast everything has to work just right, and that includes the headset communications between the crew and the producer in L.A. and the director in New York, the IFB channels between the director and the talent sitting in front of cameras, the audio from 4 mics and the video signals coming from three cameras and going to the satellite truck and beamed to New York.  Let’s not forget the teleprompter script coming from New York and being fed into the monitors, and the camera feeds being shown on the on-set monitor.

But how do you get all these communication channels connected to the outside world?  The whole pipeline depended on an audio-video fiber optic cable drop that ran down 33 floors of a stairwell to the street where the satellite truck was parked. 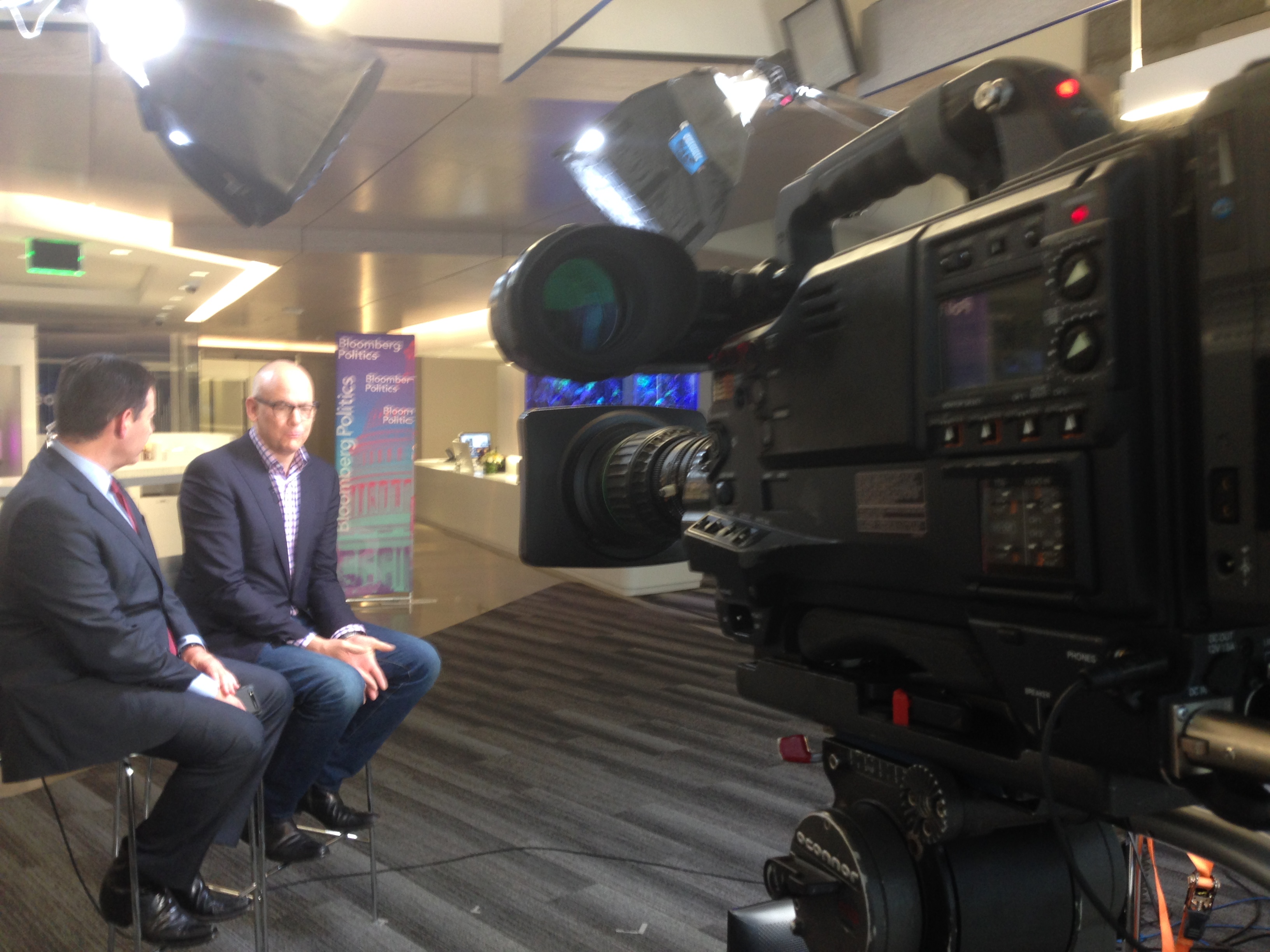 The audio connections alone would boggle the mind with their complexity. Only someone like ace soundman Johnny Camilo and camera crew chief Todd Parks of Southern Image Prods. could pull off something like this without a hitch.

The whole system worked.  The network of tech was stable.  There were no solar flares or meteorites to take out the satellite.  And there was no room for operator error or lapse of concentration for even a second. It was a welcome reminder that those white-knuckle high-pressure shoots keep you at the top of your game.