Posted on January 9, 2013 by markmorrisdp 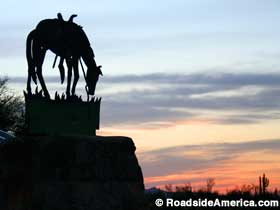 We’ve all heard of movie stars getting killed on the highway, like sex symbol Jayne Mansfield who died on Highway 90 in Louisiana, and some of us know where the memorials are…like James Dean’s roadside monument in Central California.  Well, I learned a bit of history on a recent shoot for the Documentary, “Celluloid Cowboys” for producer Ross Hawkins.

The most popular Western movie star of the silent era was Tom Mix, who was killed in a freak accident on Highway 79 twenty miles South of Florence, Arizona in 1940.  There is a touching monument there topped with a small metal figure of Mix’s amazing trained horse, Tony…riderless and sad.

It seems Mix was able to stop in time to avoid hitting the road crew.  But when the car lurched to a halt, a metal suitcase banged into the back of his head, and broke his neck.  he died in seconds.  It marks the end of the first chapter of “Celluloid Cowboys,” soon to be available to audiences. 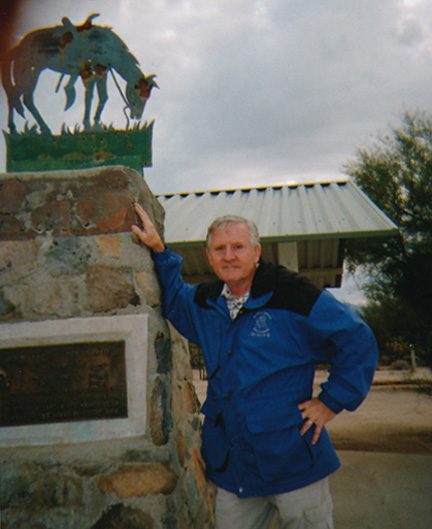 The monument is bullet-riddled. It’s Arizona!